1.1    Introduction to COPD
Chronic Obstructive Pulmonary Disease (COPD) is a respiratory disease of major public health concern. The World Health Organization (WHO) estimates COPD will become the third leading cause of death worldwide by 2030 [1, 2]. A large cohort study performed in 2006 by The Burden of Obstructive Lung Disease (BOLD) Collaborative Research Group showed that the estimated prevalence of COPD in 12 major cities around the world was 10.1 % on average (Table 1.1) [3]. In 2011, there were 139,598 deaths worldwide, due to COPD and it accounted for 5.5 % of total deaths [4, 5]. In Australia, in 2011, COPD caused 5,767 deaths among people aged 55 and over [6].
Cigarette smoking is the major risk factor for COPD [7]. However, according to several studies, only 20-25% of smokers will develop COPD. Furthermore, amongst who have COPD, 20-23% have never smoked cigarettes before [8]. In addition, the progression of COPD and airway inflammation persists despite smoking cessation [9].
Other risk factors that contribute to the development of COPD in non-smoking patients include biomass smoke, occupational exposure to dust and gasses, genetic factors such as α-1 antitrypsin deficiency and chronic respiratory disease such as asthma and tuberculosis [10-12]. Those factors are considered to cause chronic inflammation in the lungs, characterized by excessive production of inflammatory mediators. [13].

A diagnosis of COPD can be made by assessing clinical symptoms, medical history, physical examination and spirometry. Patients with COPD generally present with chronic and progressive dyspnoea, cough and sputum production. A patient with suspected COPD will undergo spirometry testing after taking either a bronchodilator or a corticosteroid medication as illustrated in figure 1.1.
A post-bronchodilator ratio between Forced Expiration Volume in 1 second (FEV1) and Forced Vital Capacity (FVC) of less than 70 % is a positive finding for COPD. In addition to the FEV1/FVC ratio, the predicted FEV1 (%) is used to classify COPD patients according to their severity of disease. Predicted FEV1 is the ratio between a patient’s FEV1 and the average FEV1% in the population for any person of a similar age, sex and body composition. GOLD classified four stages of COPD and severity based on the predicted FEV1 (Table 1.2).

1.2.2    Pathogenesis of COPD
Long term exposure to noxious substances, such as cigarette and biomass smoke, induces chronic inflammation in COPD patients. This is characterized by an increase of cytokine production by inflammatory cells which leads to excessive mucus production and alveolar sac destruction [17]. While the presence of excessive mucus decreases the diameter of the airway, the pathological changes to the alveolar sacs causes the lungs to lose their ability to recoil for expiration [16]. In combination, the reduced airway diameter and the reduced ability to recoil results in the abnormal retention of air (air trapping) in the lungs, especially during expiration [14]. Figure 1.2 illustrates the pathological changes in COPD lungs.
Although noxious substances are considered to be the leading cause of chronic inflammation in COPD, acute and chronic respiratory infections may also maintain the inflammatory environment in the lung parenchyma even in the absence of noxious substances. For example, pathogen colonisation of the lower respiratory airway can cause airway epithelial injury and chronic mucus secretion which perpetuates the chronic inflammation [18]. Moreover, respiratory infections are a frequent triggers of COPD exacerbations [19].

1.2.3    Acute Exacerbation of COPD (AECOPD)
Acute exacerbation of COPD (AECOPD) is a condition where COPD-related symptoms, such as dyspnoea and productive cough, suddenly become worse relative to the baseline symptoms. There are estimated three to five exacerbation events per year in patients with COPD, with an average recovery time (to baseline symptoms) of 35 days per exacerbation. However, in some patients, a second exacerbation event occurs before recovery from the first resulting in progressively worse symptoms [20]. Frequent exacerbations contributes to a long term decline in both lung function and patient’s quality of life [21]. Therefore, a preventive management of acute exacerbation is very important for COPD patients.
1.3    Relationship between AECOPD and respiratory infection
AECOPD is highly associated with an increase of morbidity and mortality in patients with COPD. AECOPD is mostly caused by respiratory infections but also to some extent by air pollution. Respiratory infections in AECOPD can be bacterial, viral or bacterial and viral co-infection. Nevertheless, bacterial infection is considered as the predominant cause of AECOPD [22].
The three most common bacterial pathogens isolated from AECOPD patients are Haemophilus influenza, Moraxella catarrhalis and Streptococcus pneumoniae. Other bacterial pathogens which are less commonly isolated are Haemophilus parainfluenzae, Staphylococcus aureus, Pseudomonas aeruginosa and Enterobacteriaceae spp. Overall, 60% of AECOPD patients are colonised by bacterial pathogens, with non-typeable Haemophilus influaenzae (NTHI) counted as the most predominant agent [18].
In terms of viral infection, two meta-analyses performed by Mohan, Chandra [23] and Wu, Chen [24] showed that the weighted mean prevalence (WMP) of respiratory viral infection in AECOPD was between 34.1 and 39.3 %. The three most common viral agents were picornavirus/rhinovirus, influenza virus and respiratory syncytial virus (RSV). Given the significant number of viral infections in AECOPD, it would seem that the role of viral infection in AECOPD has been previously underestimated. Therefore, preventive strategies against microbial infections, either bacterial or viral, such as vaccination or antibody-based intervention become important.
1.4    New potential treatment strategies in AECOPD
Bronchodilator, antibiotic and corticosteroid medications are still the preferred drug of choice for treating acute exacerbation in COPD [14]. A large cohort study performed by Stefan et al. showed that the use of antibiotics and systemic corticosteroids in AECOPD patients related to better short-term outcomes such as reduced inpatient mortality and 30 day readmission to hospital [25]. However, excessive and long term usage of antibiotics can lead to antibiotic resistance. Furthermore, it is clearly understood that long-term usage of either inhaled or systemic corticosteroid will lead to many adverse effects such as hormone imbalance, osteoporosis, immune suppression, muscle weakness, posterior sub-capsular cataracts and many more [26].
Previous study has proposed the manipulation of CTLA-4 and PD-1 co-inhibitory receptors in COPD patients might leads to superior Th1 responses NTHI infection as recently shown in cancer and chronic viral infection [28-30]. A schematic diagram of monoclonal antibody blocking against CTLA-4 and PD-1 receptor is illustrated in Figure 1.3.

In conclusion, increasing Th1 responses in patients with COPD might lead to better protection against microorganisms responsible to respiratory infection. As respiratory infection is one of the most important factor for COPD patients to develop exacerbation, enhancing Th1 responses by blocking CTLA-4 and PD-1 co-inhibitory receptors promise new potential approach in preventing exacerbation in patients with COPD. 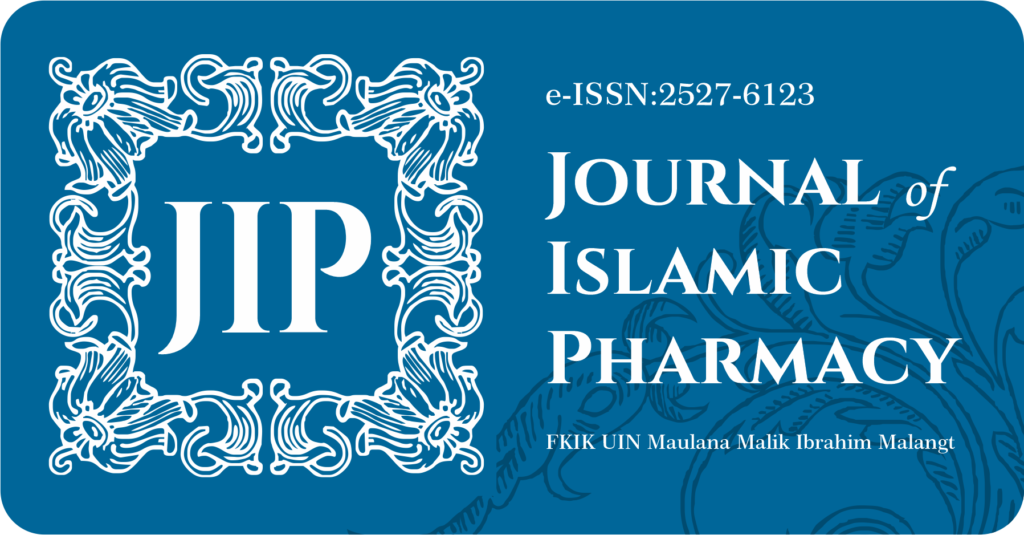 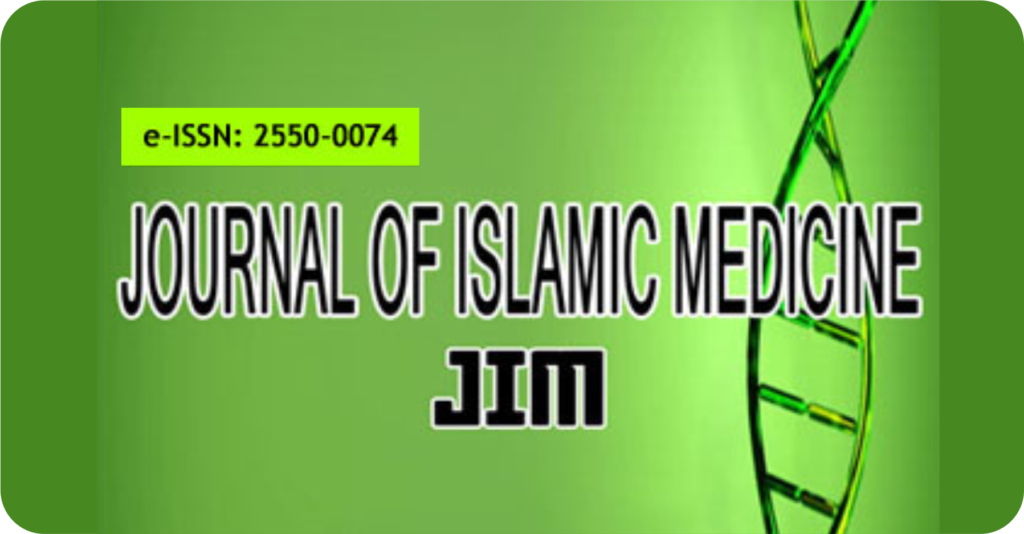